This talk will discuss Boost.Build, a mature open-source build system for C++ that was created as part of Boost C++ Libraries project and has became a good option for any modern C++ project. We’ll cover initial requirements and main unique features, such as compiler-independent build properties, automatic support for building multiple variants, and declarative build requirements that allow you to adjust to different compilers in a clean high-level way. We’ll discuss key algorithms for iteratively resolving targets and choosing tools that must be executed to build them. Finally, we’ll discuss why it might be a good option for your new C++ project and discuss how the system might fit into the cloud IDE future. 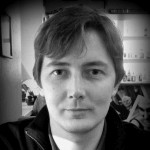 Vladimir has been contributing to Boost C++ Libraries for over 15 years. He co-authored Boost.Build, created the Boost.ProgramOptions library, managed several formal reviews and is part of the release team. Beyond open-source contributions, he worked on GNU toolchain, led UI development for a commertial IDE and build desktop applications for a photo-sharing sevice.