Jenkins 2. How to make a major OSS project release and not break the community?

Jenkins is a one of the most popular automation servers in the world, which is being widely used in Continuous Integration, Continuous Delivery and DevOps areas. Even after ten years, the project actively evolves. I’m going to talk about the key focuses in the project and its community after the Jenkins 2 release on April 2016. Which lessons did we learn? What changes should be expected? How does it impact Jenkins admins and common users? 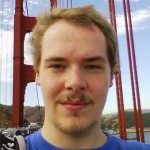 Jenkins Core Team member, engineer at CloudBees. Oleg has about 8 years of experience in large-scale automation systems for hardware and software projects. In the Jenkins project he works on the core, maintains plugins and also focuses on the community topics. Oleg organizes Jenkins meetups, administers Google Summer of Code in Jenkins and periodically shares his experience at meetups and conferences.